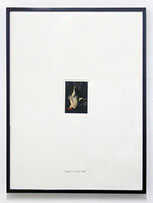 The idea for “Show your Wound” comes from a paradoxical work by Joseph Beuys, an installation or environment called “Zeige Deine Wunde” (Show your Wound). Its various elements suggest ways of nurturing life and taking care of nature, yet the work as a whole seems to have come to a stand still, with a connotation of energy-in-rest.

This work was first made in an underground pedestrian passage in Munich, 1976. In 1980 Beuys’s work became part of the art collection of the Stadtische Galerie im Lenbachhaus. In this museum Beuys built a room for the objects: two iron dissecting tables on wheels, two blackboards with the sentence ‘Zeige deine Wunde’ written in chalk, two glass cases with magazines from a Turin based political organisation “La lotta continua”, and two x two pieces of garden tools. These objects suggest ways of taking care, nurturing life, but they’ve come to a stand still. Today we may read: ‘Beuys originally created the environment tor a desolate underground passage. Its aura of melancholy and mourning arises from its subject matter: death, decay and a sense or trauma that Beuys referred to as the ‘wound’. Curator Mark Kremer proposes to draw a web of lines from this dramatic environment by Beuys, to the work of the artists in “Show your Wound”

(…) John Murphy, who is of Federle’s generation, has asimilar respect for art from the recent past. His art resembles a pantheon of signs that transmit poetic experience. He engages with existing works from a modernist body of literature, painting and film, and particularly with a number of ‘authors’ who (re) invented Symbolism (Mallarmé, Magritte, Resnais). His work often comes in the form of delicate objects or images that sit or hang lightly in a space, like a spider’s web or celestial notations. In fact the physical space between the elements in his work is essential and signifies the mental space that opens up when a visitor tracks the (symbolical) lines that connect the elements, and when words, images and associations reveal themselves. Our exhibition features a body of works inspired by the notion of the fall, especially the fall from grace recounted in Genesis, when Adam and Eve are expelled from the Garden of Eden, as famously depicted by the Italian painter Masaccio in a fierce and moving fresco. Masaccio’s painting returns in Murphy’s epic, newly made photograph In The Midst of Falling. The Cry (2015), which derives from a charged image in Joseph Losey’s film Eve (1962), where a woman is transfixed in a hallway before a reproduction of the painting. Murphy is like a dancer aiming for a light gesture, because for him it is the most powerful conduit of experience. His titles, resourceful and full of sillent threat, create a world in itself. (…) 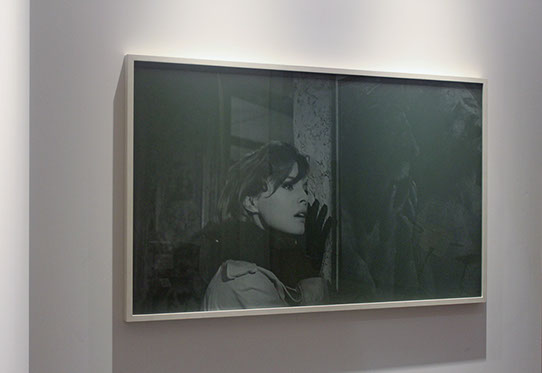